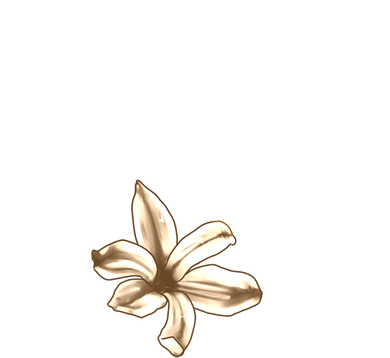 What does cinthean mean?:
Cinthean is a term and flag specifically for gay/homosexual men and nonbinary people.

Why was it made?:
Lately, the word gay has become generalized to be used by many members of the LGBTQ+ community.
Because of this, gay men/nonbinary people don't have a clear term for themselves.
As well as this, we don't have a clearly defined flag for ourselves just yet. This served as part of the inspiration for this flag's creation.

What inspired the term/flag?
Cinthean is based heavily off of the tale of Hyacinthus. He was a lover of Apollo, who died in an accident while playing discus with him. As he died, Apollo transformed his blood into a flower to honor him. Said flower is believed by many to be what we know as the Hyacinth.
The flag colors are based off of common Hyacinth flowers, and the symbol for the flag resembles a bud of the flower.

"Can I use the flag?"
Yes, absolutely!

"So is the term for all MLM/NBLM or made to replace Achillean?"
Short answer; no. Cinthean is for gay men /nonbinary people specifically and does not apply to multi-spec sexualities. This is not meant to exclude other MLM, but give gay men a term to describe their specific attraction, as the word gay no longer holds the same meaning.
However, if you're looking for an alternative to Achillean, I'd highly recommend Asteric!

"Is this flag based on (insert flag)?"
Nope! Cinthean was not based on any other flag. The colors were picked based off of common Hyacinth flowers, and adjusted to fit together. Any resemblance to another flag it might have is entirely coincidental and unintentional.

"What's wrong with the rainbow flag/blue gay flag?"
There is nothing wrong with the rainbow flag, however it isn't a flag for cintheans/gay people only. It's a flag for the entire LGBTQ+ community, and as a cinthean I feel having our own flag is important!
The blue/green/toothpaste/etc gay flag is a blatant recolor of the lesbian flag, and also builds off of cisnormative gender stereotypes.

"Who was involved in the creation of the flag?"
Cinthean was made by twitter user @bimbjus.
They were helped by @ghostedprince (no longer in contact with them) and @vantamystic.